The Force of the North - What Does It All Mean? 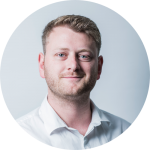 For many years much of our best talent has been lost to the South, but due to a recent government proposition that could soon be a thing of the past.

Suggested almost 2 years ago by the Chancellor, George Osbourne, The Northern Powerhouse movement aims to progressively boost economic growth in the North of England. Targeting “core cities” such as Manchester, Liverpool, Leeds, Sheffield and Newcastle.

What is the Northern Powerhouse?
The aim is to create an appealing infrastructure for young professionals and investors. Bringing together 15 million people into a collective force that could begin to rival that of London and the South-East.

What is planned for the scheme?
Since it’s release, the foundations for the scheme have been steadily implemented - with Greater Manchester having been appointed the unspoken Northern capital. The choice of Manchester for the Chancellor's first speech was a give away for this and has since been the focus of a series of major announcements for the movement.

As outlined in the November 2016 Northern Powerhouse Strategy, the objective is to achieve a sustained increase in productivity across the whole of the North. This will primarily focus on;

Transport
As the North contains five of the UK’s ten largest cities, the government is investing £13bn over the course of 4 years in the hopes of improving transport between its major cities.
The majority of this investment will show itself in the HS2 scheme, better connecting the North’s cities to Birmingham and London, but will also follow a series of upgrades to connecting motorways across the north.

Housing
With Greater Manchester currently leading the way for the Northern Powerhouse, it’s population is set to surpass three million by 2035 (showing a 4.3% growth over the next 5 years). In order to tackle this population surge, a major regeneration project is planned for the Northern Gateway. Almost 300 acres of land is being assessed, where 8,000 new homes are planned to be built over the next 10 to 15 years.

Education
In light of the scheme, the government has pledged to strengthen the curriculum, offering to provide £2.5bn to help the most disadvantaged schools and providing reformed teacher training.

What Does This Mean For The North?
Overall, the Northern Powerhouse movement is set to inject much-needed growth across the north of England, with HM Treasury analysis showing that the UK economy would initially benefit by an additional £44bn. 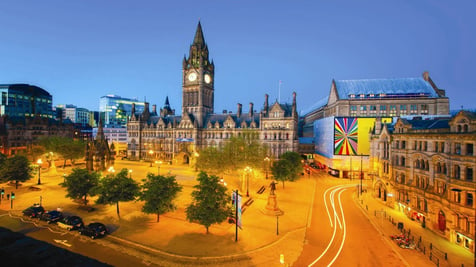 Building on this, the following governmental investments have already been approved;

£235 million - Sir Henry Royce Institute for advanced materials research, based in Manchester, with centres in Leeds, Liverpool and Sheffield

£78 million The Factory Manchester, a new theatre and exhibition space

What Will This Mean For The Northern Housing Market?

With the spotlight now firmly focusing on the power of the North, it’s safe to say that the housing market across the region is already following suit.

According to property advisor, JLL, housing prices in Greater Manchester are expected to rise by 26.4% over the next 5 years with research from their new Northern Renaissance report also supporting this claim, suggesting that the growth is down to the previously mentioned 4.3% population growth in the next 5 years.

Similarly, research conducted by HSBC discovered that Greater Manchester was noted as one of the UK’s buy-to-let hotspot. This research showed average returns of 7.98%, which outperformed any that were found across other UK cities. HSBC also found that average returns had grown 6.02% since 2010, compared to a 4.71% rise in London’s highest yielding borough.

Taking all of the above into account, there are plenty of reasons to be optimistic about the coming years for the North of England and the property investment market is no different. With London becoming even more accessible and a better connected network with other northern cities, more affordable property prices can make the north an extremely attractive option when it comes to finding the right place to invest.