If you want to make a truly sound property investment, you’ll need to identify an upcoming area before anyone else. Finding these locations takes a lot of time and effort, but luckily, we’re doing the hard work for you, with five North West postcodes that are primed to become the UK’s next property hotspots.

Why the North West? Well, despite traditionally being overlooked, the area has seen a significant increase in business investment. This growth is beginning to show in the property market and with rental yields on the rise in a number of locations, more and more postcodes are primed for investment.

So, where should you be investing next?

Here are our picks for the buy to let postcodes you need to be considering in the North West. 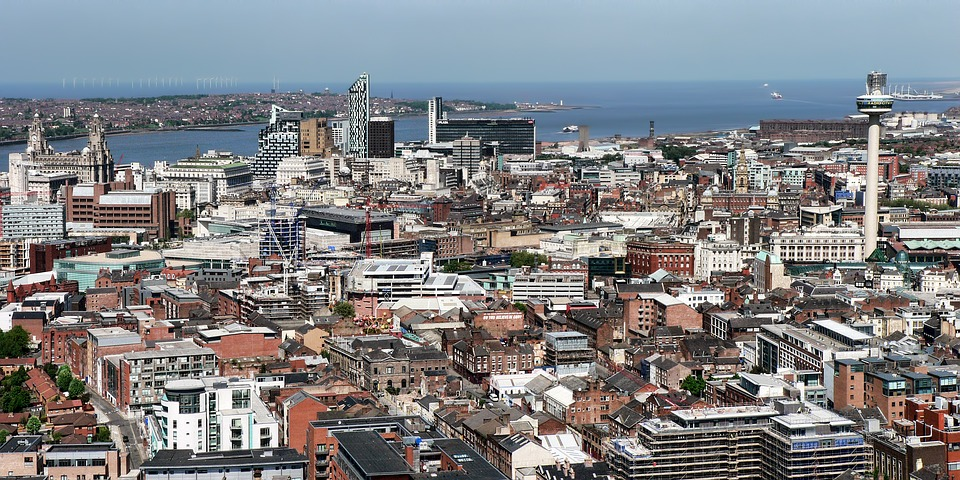 Okay, so I know we promised upcoming buy to let postcodes, but we couldn’t create this list without giving Liverpool an honourable mention.

The city has been on the up for a while, but there are still high-value investments to be made.

The city boasts some of the highest rental yield postcodes in the region, the pick of those being L7, closely followed by L6.

Just East of the city centre, L7 is situated beside Liverpool University and benefits from its primary location when it comes to an average rental yield of 11.79%. With a high student population, the area has a high occupancy rate, so it’s no wonder L7 commands such a high yield.

Due to the area being an established postcode for buy to let properties, it can hardly be described as ‘upcoming’. However, it absolutely deserves a mention when talking about the North West’s most exciting property investment postcodes.

While L7 is well established, its neighbouring postcode, L15, has been flying under the radar.

This postcode covers the Wavertree area of Liverpool, another hotbed for student accommodation. Again, with great access to The University of Liverpool, L15 benefits from high student demand.

The fact that it shares so many similarities with L7, without the price tag, means it deserves its place on our list.

The Liverpool area benefits from great transport links to Manchester and London as well as access to Dublin via ferry. The city has many world-renowned tourist attractions and, with two universities, is a thriving student city, making the L15 postcode definitely worth considering for buy to let property investments. 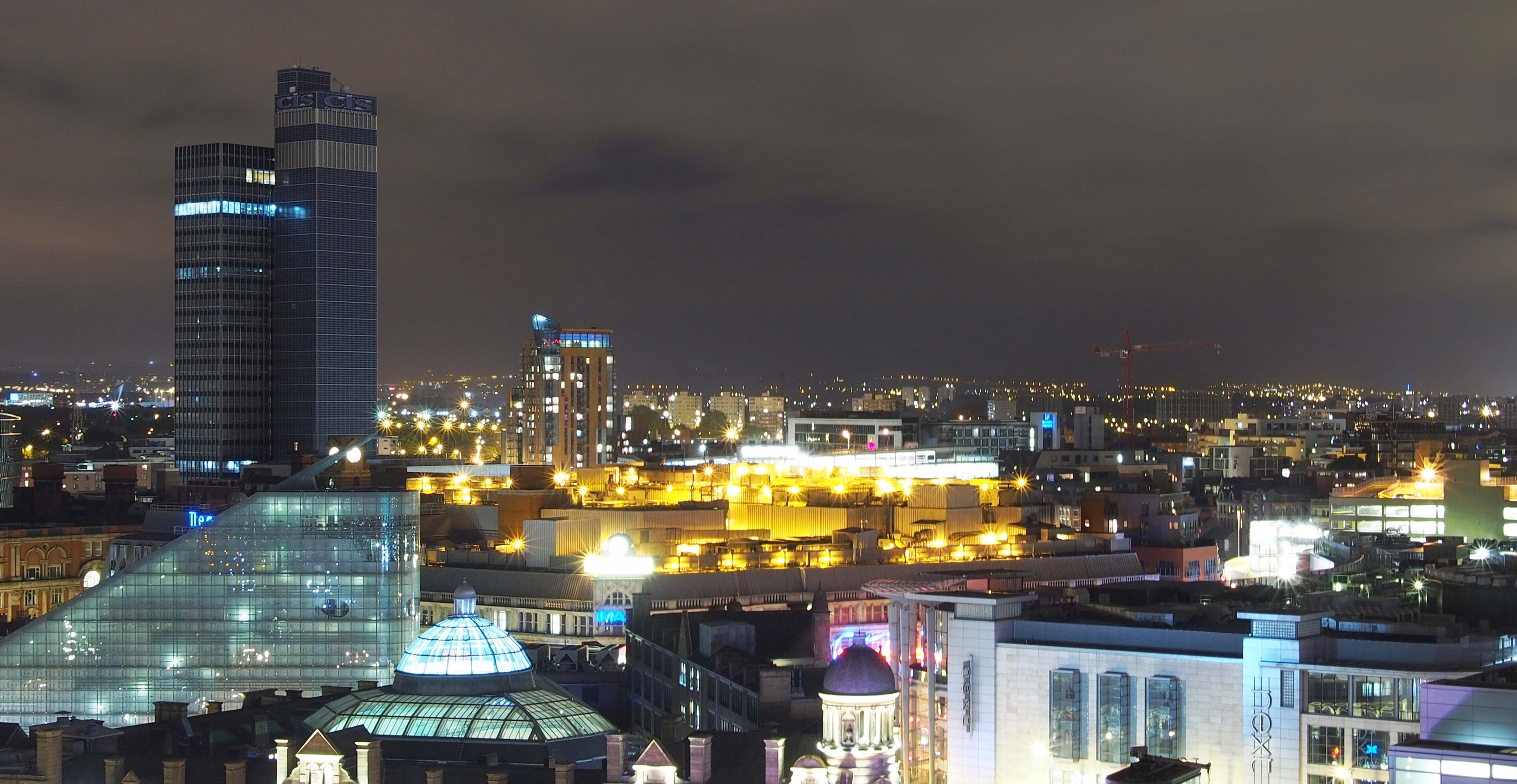 Much like Liverpool, there are a number of postcodes in Manchester that are worthy of note when considering buy to let rental yields. The best of these, according to Totally Money, is M6.

Manchester (including Salford) plays host to three universities and the city boasts the largest student population in Europe, with around 350,000 students living within an hour’s drive of the city.

However, perhaps the most upcoming area of the city, due to its proximity to Manchester’s student population, is M14.

Anyone who is aware of the main areas of Manchester will know that M14 contains the area of Fallowfield - a hotspot for student accommodation. With an average rental yield of 10.08%, M14 offers a brilliant opportunity for property investors.

The demand for housing in Manchester is ever-increasing and that’s why over 15,000 new homes are set to be built in the city over the next 15-20 years. This investment is a response to the drastic increase in the number of people living in the city over the last 20 years - from around 10,000 to 70,000. Despite this proposed increase, demand is currently outstripping supply in the area, meaning it only makes it to number 4 on our list. 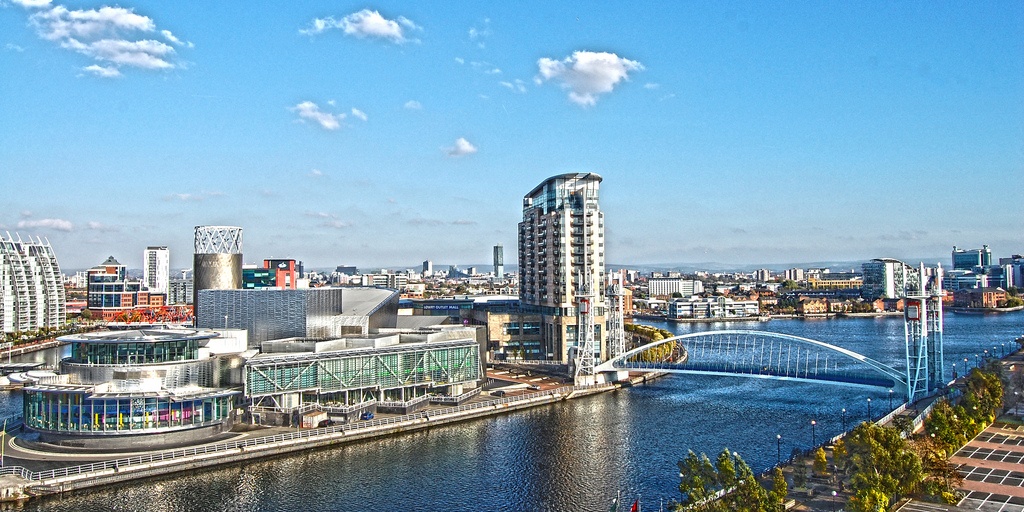 If Manchester property is too costly, you might find more luck in Salford. Situated just a 5-minute walk from the city centre, Salford’s M3 postcode is one of the best in the North of England.

Very much an extension of Manchester City Centre, and with great transport links to the North West’s biggest cities, Salford’s M3 has all the benefits of an urban location but without the high costs that often come with buying property in a city centre.

With Salford’s MediaCity, home of ITV and the BBC’s northern headquarters, on its doorstep, these prestigious organisations have attracted thousands of workers to the M3 area. With even more arrivals incoming due to developments like Clippers Quay, expected by 2021, this is only set to increase. The area is a hub of activity with arts, culture and a thriving nightlife, leading the surrounding areas to quickly become coveted places to live and invest.

We’ve spoken about the imminent investment in Manchester’s city centre. This will likely spill over to support the M3 postcode, giving a further economic and financial boost to the area.

With the university and college in close proximity, M3 has an average rental yield of 8.31%, making it a worthy consideration for your next property investment. 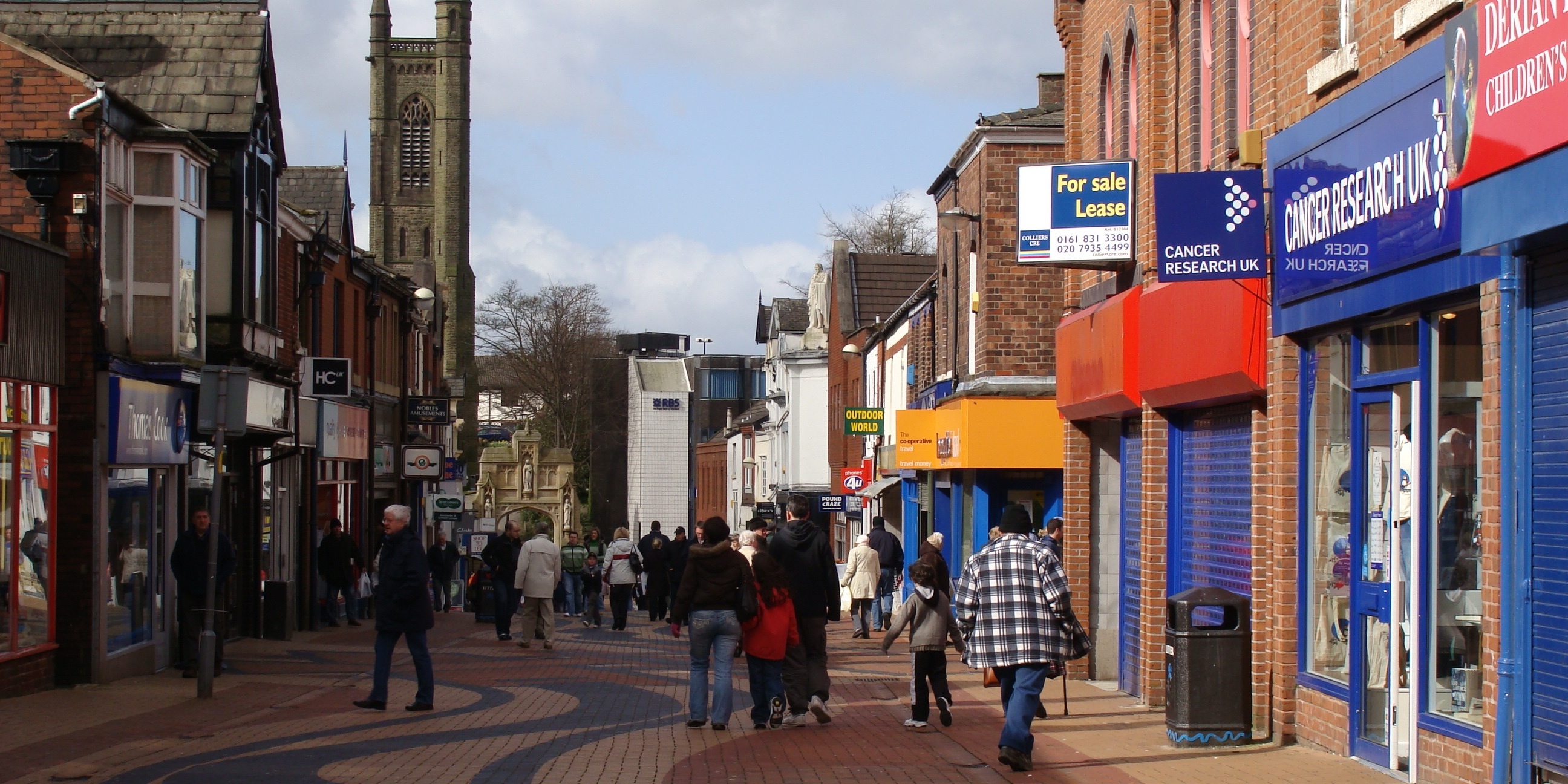 When you think of the North West’s most upcoming areas, Chorley might not be the first name that comes to mind. Often seen as playing second fiddle to its bigger brother Preston, Chorley is very much becoming a force to be reckoned with over the next few years.

We have identified Chorley as a property investment hotspot and that’s why we are always seeking out our own investments in the town. We’re not the only ones who see the opportunity in a town like Chorley. With £17 million to be invested into the town centre, Chorley is a town on the cusp of change and soon will no longer be living in the shadow of Preston.

It already has a vibrant town centre - being one of the few towns in the UK to have increasing footfall - and, with the approved investment plans, this is only set to surge. The plans include a new cinema, high street retailers and restaurants. Town councillors have dubbed the changes the most dramatic ever seen in the town.

The area’s transport is also benefiting from increased investment. Its railway network is part of a £1bn+ Northern Programmes investment which will enable faster, more frequent trains through the area. Manchester is currently only 35 minutes by train, making Chorley a very viable location for commuting to the capital of the North.

If you’re looking for a property investment away from the pricey big cities, in an area that has huge potential to grow, Chorley is the place for you. 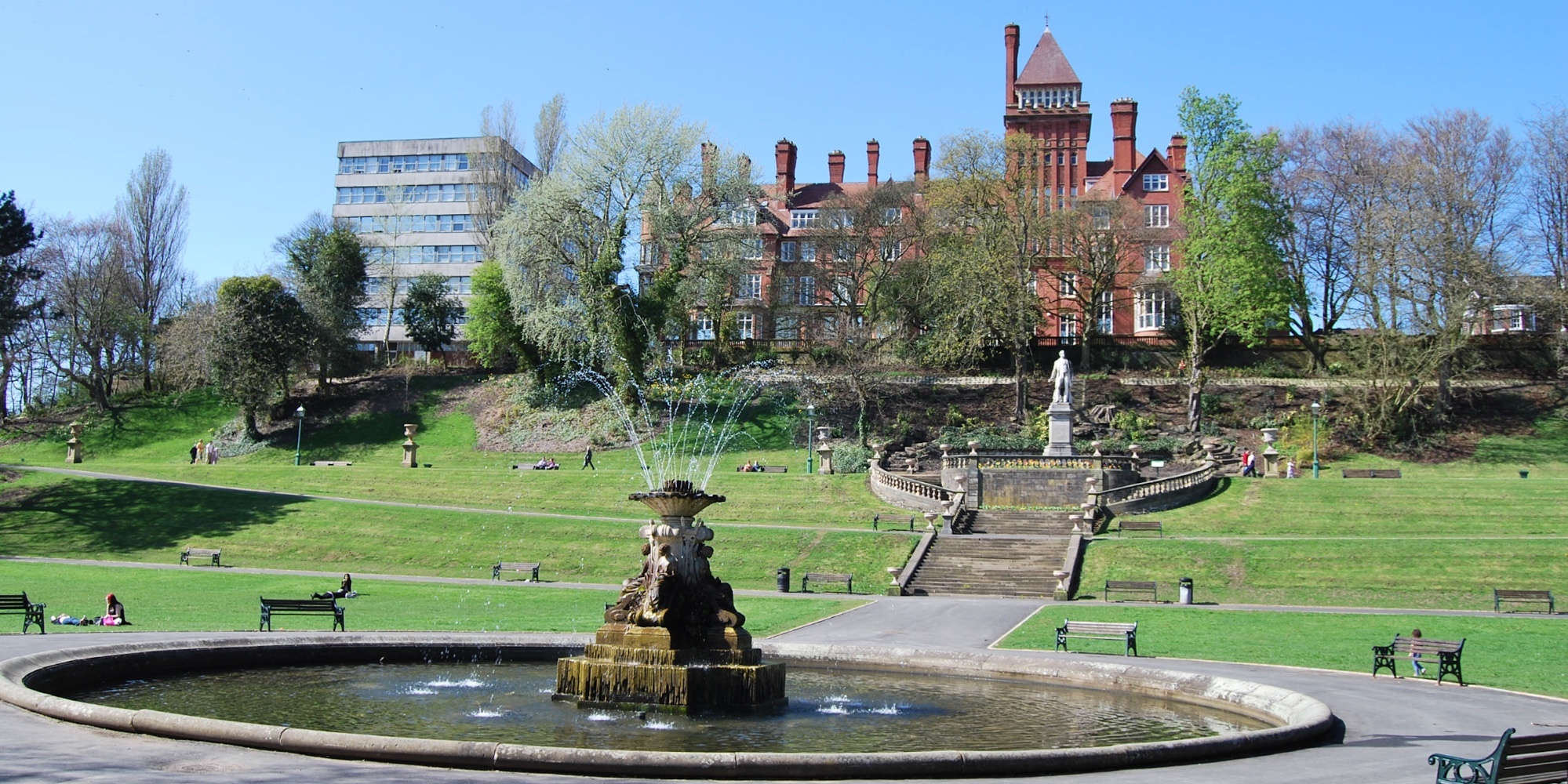 Preston provides a great investment opportunity for those looking at properties away from the big city prices of Manchester and Liverpool.

The city has brilliant transport links to the other major North West cities and is conveniently linked by train to Glasgow and London. That’s why we’ve chosen PR1 as one of our top upcoming North West postcodes.

Preston and the surrounding areas host three universities, the closest of these to Preston being UCLan. The area sees around 32,000 full and part-time students arriving to live and study every year at UCLan alone.

This goes some way to suggesting why, in a study by Totally Money, Preston’s PR1 postcode was listed as the 8th best location outside of London for buy to lets for 2018. With an average rental yield of 8.65%, PR1 is definitely worth considering for your next North West property investment.

This is a strong showing from Preston when compared to some much larger areas like Manchester, Liverpool and Edinburgh. Despite the obvious benefits though, property investors have been a little slow to cotton on, resulting in a wealth of property available. In fact, one highlight from this chart shows, of the postcodes in the top 10 rental areas in the UK, Preston has the highest number of properties for sale, though we don’t expect that number to stay high for very long.

With around £434m of investment coming to the city over the next few years, Preston is seeing a wave of new development, including our own contributions in the area. Now is a brilliant time to invest in the city and that’s why it deserves the top spot on our upcoming postcodes list.

So, that’s our top five locations in the North West for your next property investment.

Hopefully, you now have a better idea of the most upcoming buy to let yields by postcode and you can make a more informed investment decision when the time comes.

We are always on the lookout for the next great opportunity in the North West, so it’s no surprise that we have a hand in the development of some of these areas. We always keep our fingers on the pulse and we’re happy to share some of that knowledge with you to help you make better property investments.

If you want to learn more about how to find the perfect property investment, make sure you read our FREE eBook: How to Invest in Property the Easy Way: Strategies for Success and What to Avoid.